Across the steppes of Central Asia, modern bards still sing the tale of Gulaim, the teenage warrior who defended ancient clans from Eastern invaders with the help of her qyrq qyz, or 40 girls, Amazons of Turkic legend. Enduring for centuries in a male-dominated epic tradition, this powerful matriarchal narrative comes to full-throated life in the Aga Khan Music Initiative’s multi-disciplinary retelling, conceived and directed by internationally acclaimed Uzbek filmmaker and artist Saodat Ismailova. As the next generation of Turkic female bards sing Gulaim’s legend—accompanying themselves on dutar (two-stringed lute), kyl-kiyak (two-stringed bowl fiddle), and jaw harp—Ismailova’s mesmerising film, scored by acclaimed Tashkent-based composer Dmitri Yanov-Yanovsky, weaves an emotional tapestry of legendary female power.

Qyrq Qyz (“Forty Girls” or “Forty Maidens”) takes both its name and its inspiration from an epic poem that circulates in Central Asia, home to one of the world’s great traditions of oral epic. While bardic reciters of the Iliad and the Odyssey disappeared millennia ago, the performance of epic remains a living tradition in many parts of Central Asia—essentially a contemporary form of multimedia performance art in which the central figure of the bard is at once narrator, musician, actor, and mime. For Central Asian audiences, epic is not merely entertainment, but is imbued with moral values and embodies the history and social identity of clans, tribes, and peoples.

Qyrq Qyz tells the story of Gulayim, the sixteen-year-old daughter of Allayar, a ruler of the semi-nomadic Karakalpak people, who lives in the fortress of Sarkop. Gulayim receives a gift of land from her father on the island of Miueli, where a fort is built for Gulayim and her forty female companions—young women whom she trains in the art of war to defend their lands against invaders. Sarkop is invaded by the Kalmyk khan Surtaishi, Gulayim’s father is killed in battle, and many Sarkopians are led away into captivity. Hearing of the invasion, Gulayim and her 40 companions vanquish Surtaishi and the Kalmyks, liberate the captive Sarkopians, and demand that the Kalmyk invaders offer compensation for the destruction they wreaked upon the Karakalpaks. Before the battle, Aryslan, a knight from the neighboring kingdom of Khorezm, seeks the love of Gulayim, and Gulayim invites him to join her not in love, but in war. Following their victory, Gulayim and Aryslan join their lands, uniting peoples from different tribes and ethnicities, and build a society founded on peace and compassion.

The setting of Qyrq Qyz is the windswept steppe land south and southeast of the Aral Sea, the territory of the Karakalpaks, who traditionally were both farmers and fishermen. 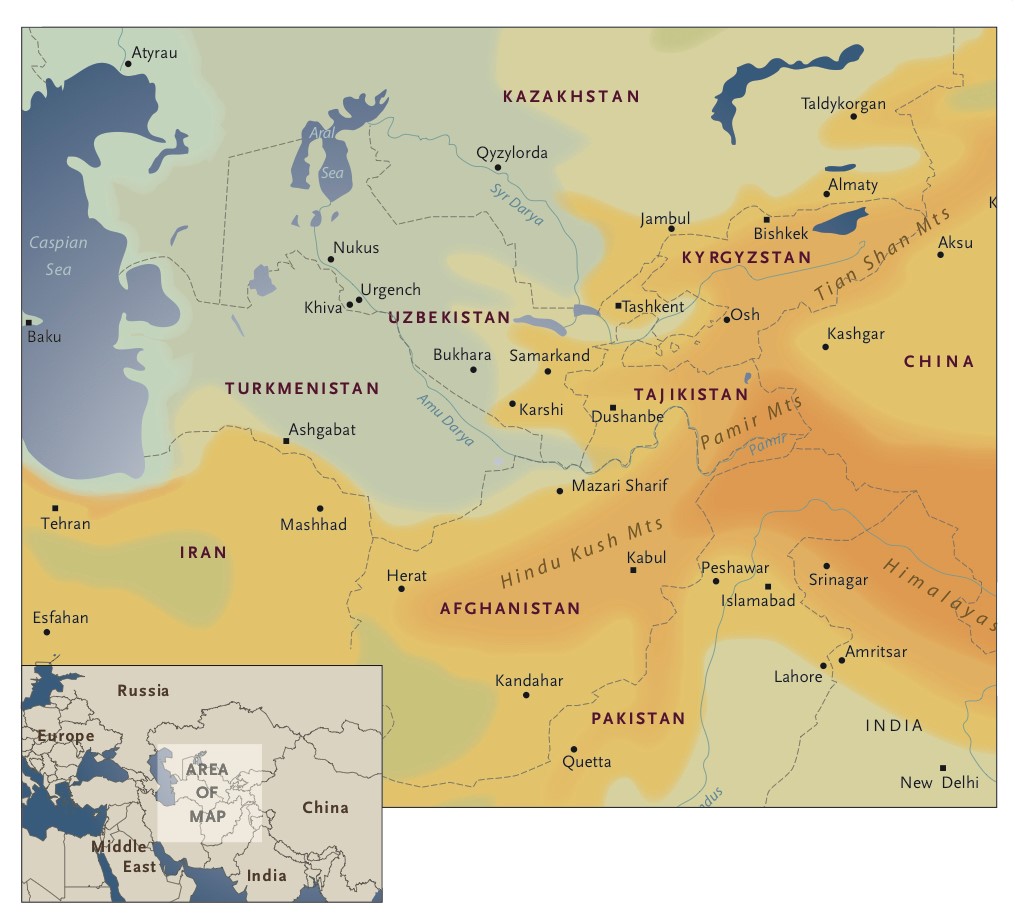 Performance Years: 2018,2019
Contact us for more information or booking details

Artists in this Performance: