Vocal artist
Performance year with AKMI:
2011, 2013
Country of Origin:
Iran
hide
Born in 1978, Mohammad is a self-taught voice virtuoso. A student of Seyed Hossein Taherzadeh style, taught by esteemed artist Hamidreza Noorbakhsh, Motamedi masters the Esfahan song school and follows the honorary style of masters such as Taj Esfahani and Adib Khansari, as well as late Dr. Hossein Omoumi and Aliasghar Shahzeidi. He has worked with several groups, including Khorshid Ensemble with Majid Derakhshani, Sheyda Ensemble with Mohammadreza Lotfi, the Iranian National Orchestra with Farhad Fakhreddini and the Mehr Symphony which he founded. Mohammad regularly performs in internationally. 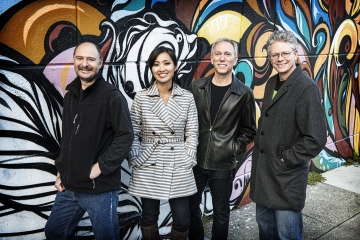 For those who wish to support our efforts to respond to the pandemic, the agencies and affiliates of the Aga Khan Development Network have launched the Global Pandemic Relief Fund.